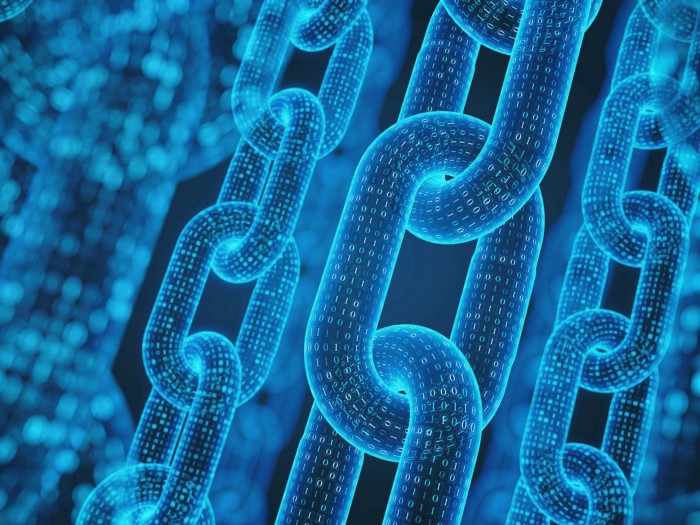 Picking up from where we left off in our last article “Part 1 of Blockchain Collaborations: A Technological Revolution in progress”, the discussion about Blockchain and it’s collaborations will only deepen as the discussion expands further with new use cases and proof of concepts appearing in the Blockchain sphere everyday. We, through these articles, are just scraping the surface of the iceberg that is Blockchain. The main purpose is to clear many misconceptions and identify use cases regarding Blockchain and it’s integration with different technologies.

Starting off, we address the most exciting and promising collaboration with Blockchain till date.

Blockchain in “laymen” terms, is a form of distributed ledger which stores data in fully encrypted, foolproof style whereas Artificial Intelligence (A.I.) can best be described as a machines or tools capable of performing tasks mimicking human actions or nature.

Blockchain solves the modern problem of securing data physically and dependency of relying on centralized cloud storage solutions, despite this Blockchain technology is still questioned about it’s efficiency because of the relatively small number of transactions being processed per second. Artificial Intelligence comes up with a solution to the ‘slow transactions’ problem as A.I.’s algorithm based architecture has proven to solve millions of transactions per second as well as being fool proof to human error.

Another aspect of A.I. that is intriguing is the newly implemented field that is concerned with building algorithms that are capable of working/solving data while the data is still in an encrypted form.

Both, Blockchain and Artificial intelligence, enjoy the unique privilege of being one of the most exciting prospect and sought after technology in this digital information age. Anyone who has worked within the realms of these technologies has been left yelling “EUREKA!EUREKA!” but patience is a virtue in both these fields as proof of concepts are tested in the real world and practical applications, still to be developed, waiting on the entire tech community to collectively pool resources and interest in this field.

Integration with Artificial Intelligence will do wonders for Blockchain especially in the field of crypto mining. Anyone familiar with crypto mining will also be familiar with the fixed costs attached to it, especially regarding the power consumption and the time taken to mine any crypto currency properly. Artificial Intelligence is known to solve 25 million transactions per second while running on 20% power, thus after A.I.’s integration with existing Blockchain mining platforms, the transaction processing speeds will become faster and cost of mining will become cheaper. A.I.’s problem solving algorithms have been known, through use cases, to be second to none.

Blockchain also solves the trust issues users have towards the implementation of A.I. in solving everyday issues because a system backed by Blockchain will have it’s every single instance of data, stored in a decentralized form and hence even the A.I. won’t be able to manipulate it. Any changes to the data on the Blockchain is stored and a new ‘Block’ of data is stored in every instance. As the data is stored on decentralized machines or nodes thus being everywhere, it will be hard even for an A.I. to disrupt a data backed by Blockchain.

Collaborations with Blockchain and other technologies are going to get complex as we delve more into this topic. We hope that this discussion will leave all the readers more knowledgeable and interested with this amazing technology that is Blockchain.

Big data is a term applied to data sets whose size or type is beyond the ability of traditional relational databases to capture, manage, and process the data with low-latency. Big data is also recognized for having three different aspects within it: high volume, high velocity, or high variety. The data for big data is combined or combed through different devices or platforms such as sensors, devices, video/audio, networks, log files, transactional applications, web, and social media etc.

Internet of things or commonly known as IoT refers to a system in which nearly all devices are changed into things that are able to transmit data without requiring human-to-human or human-to-computer interaction.The thing in Internet of Things can be anything from pace-maker in a patients heart to a heavy full sized engine of a cruise ship.

In easy words, Internet of things are those devices which transmit data to be processed and Big data refers to that data which,when compiled is called Big data.

Both of these technologies are sub technologies in reality but when combined with blockchain, they become a powerhouse in the world of technology. Blockchain provides the basic concept for fool proof data storage and big data and IoT are both slaves to data storage in a much wider way as the data storage in both the cases will be more than a billion giga bytes on average.

As blockchain technology progresses,integration of these technologies with blockchain will create or open a new gateway to further match making of different technologies which will serve humanity in a efficient and effective way.Today’s IT industry is caught up on a storm regarding the issues involving data theft and what not but if implemented,this love triangle between Blockchain-Big data and IoT will surely solve some of the biggest problems modern day businesses are facing either it be supply chain or anything related.

So after this deep rooted article,we can conclude that collaborating with Blockchain will work as a technological revolution which will see the modern world leave the old centralized networks of yesterday and adopt the modern de-centralized collaborated technologies of tomorrow.